HBox » NOV
Graphic Novels and Manga
Manga (漫画 Manga) are comics created in Japan or by creators in the Japanese language, conforming to a style developed in Japan in the late 19th century. They have a long and complex pre-history in earlier Japanese art.

The term manga (kanji: 漫画; hiragana: まんが; katakana: マンガ; About this sound listen (help·info); English: /ˈmæŋɡə/ or /ˈmɑːŋɡə/) in Japan is a word used to refer to both comics and cartooning. "Manga" as a term used outside Japan refers to comics originally published in Japan.

In Japan, people of all ages read manga. The medium includes works in a broad range of genres: action-adventure, business and commerce, comedy, detective, historical drama, horror, mystery, romance, science fiction and fantasy, sexuality, sports and games, and suspense, among others. Many manga are translated into other languages. 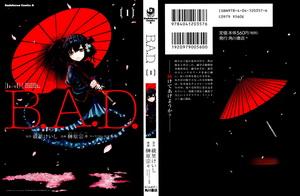